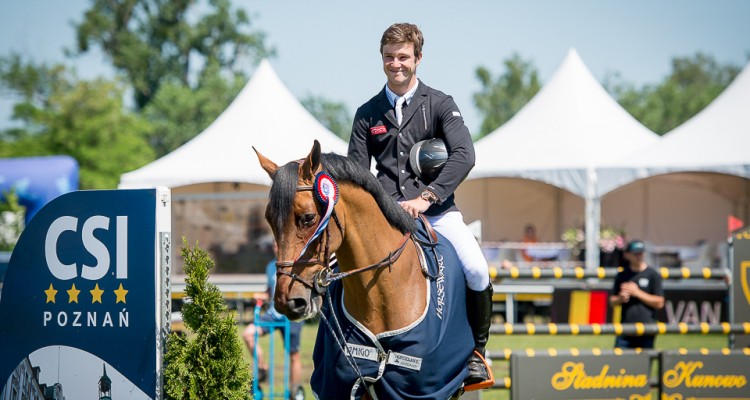 This June, CSI4* in Poznan will be organised for the fourth time. This time the amount of prize money will be greater than ever.
The 8th Maciej Frankiewicz Memorial will be held at the Wola Hippodrome on 15-18 of June 2017. It is the fourth time that it is a four-star event, but this year, the prize money of the Grand Prix will be increased to 440 000 PLN, which is approximately equal to 100 000 EUR. In total, the event will offer 850 000 PLN.

As usually, there will be classes for six- and 7-year old horses - Youngster Tour.
Further information will be announced soon.

Show jumping is our great passion. We offer comprehensive service of show jumping competitions. Our main goal is to create spectacular events, which attract a wide audience, regardless of the rank. We have successfully organised events such as: CSI4* in Poznan, Polish Indoor Cup, Polish Equestrian League. Since the beginning, we have been a partner of Cavaliada, which is organised by MTP.

While organising our competitions, we always have the fans, the media and the sponsors in mind.

Usually, our Polish speaker is Szymon Tarant, who does it with passion and a vast knowledge about the equestrian sport.

We offer contact with the media and press releases. Tarant Events owns TylkoSkoki.pl - one of the largest and most popular show jumping websites.

This June, CSI4* in Poznan will be organised for the fourth time. This time the amount of prize mone...
Read More...

This site uses cookies. Learn more about the purpose of their use and the possibility of changing the settings Cookies in your browser.